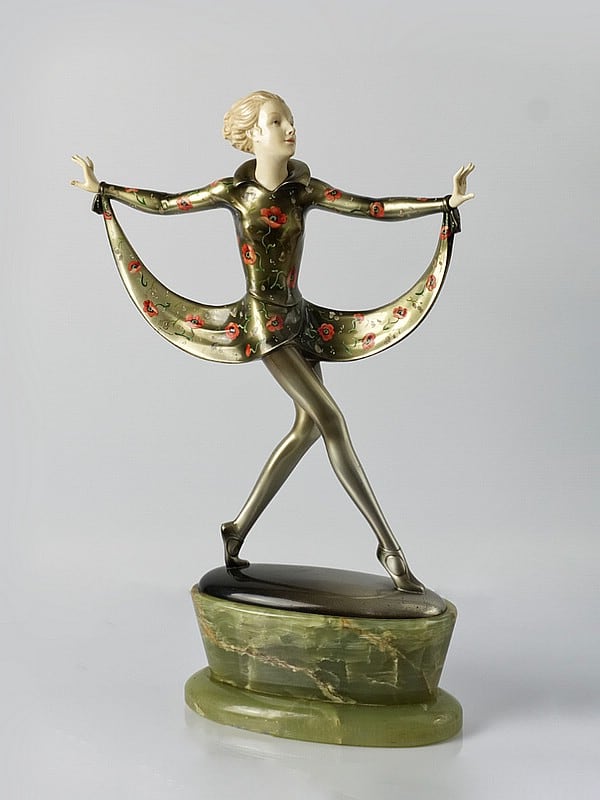 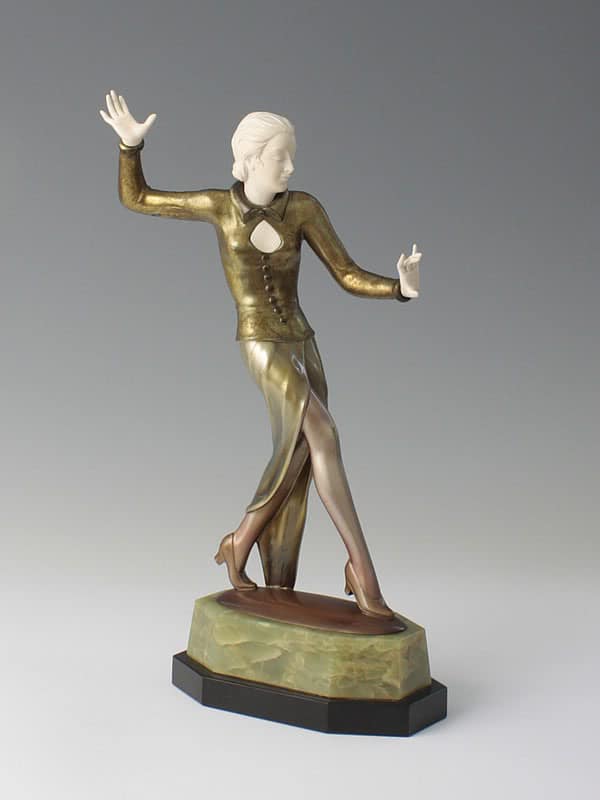 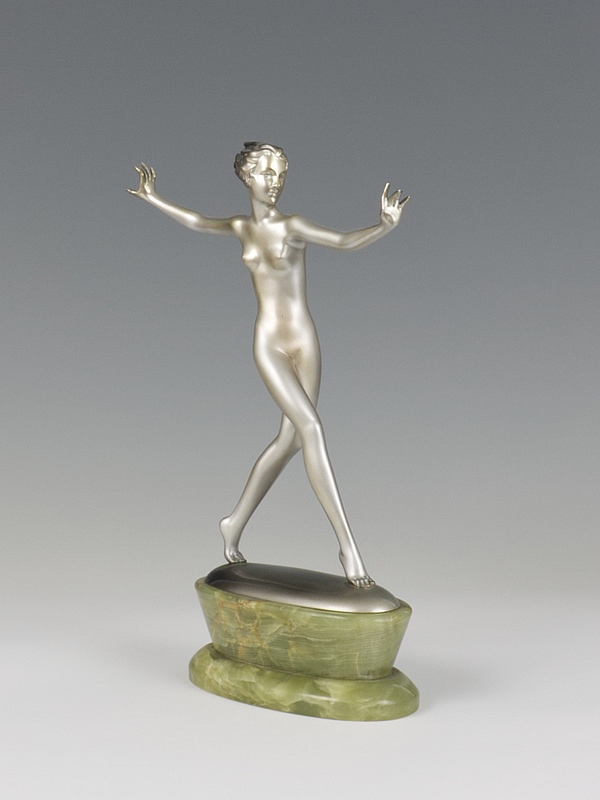 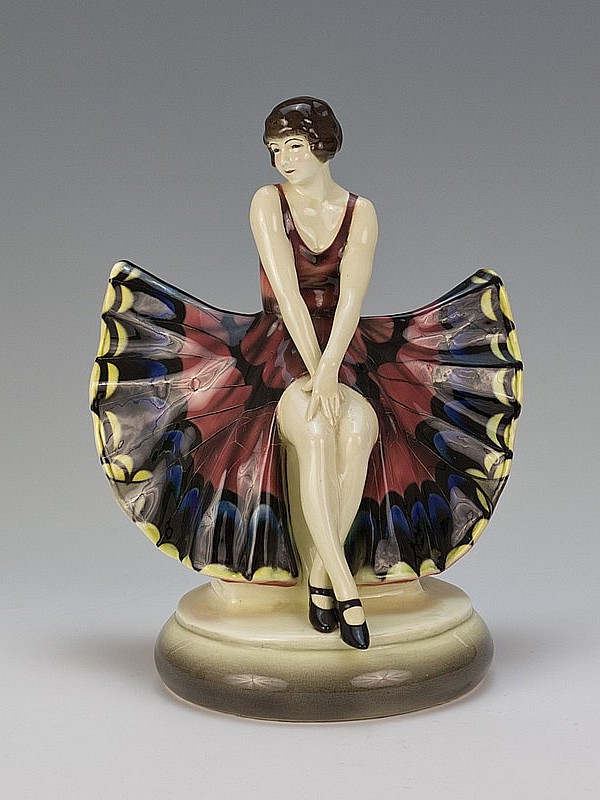 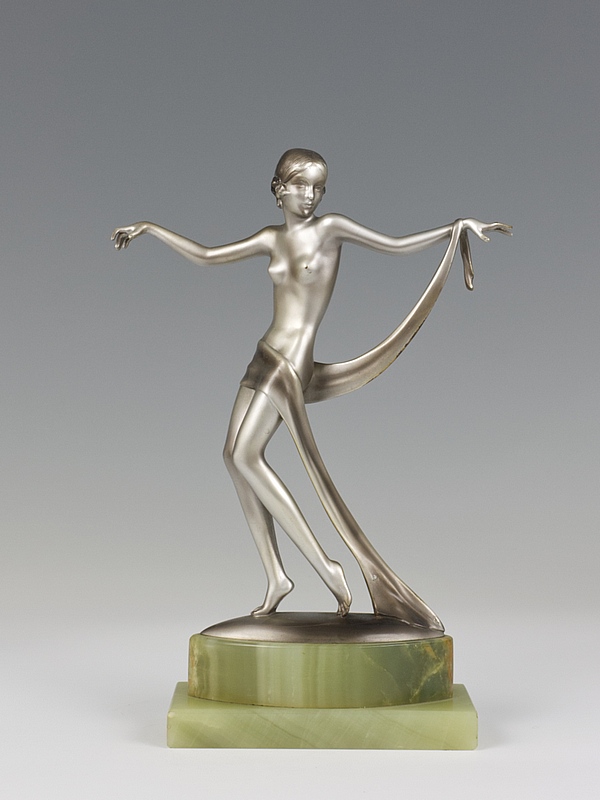 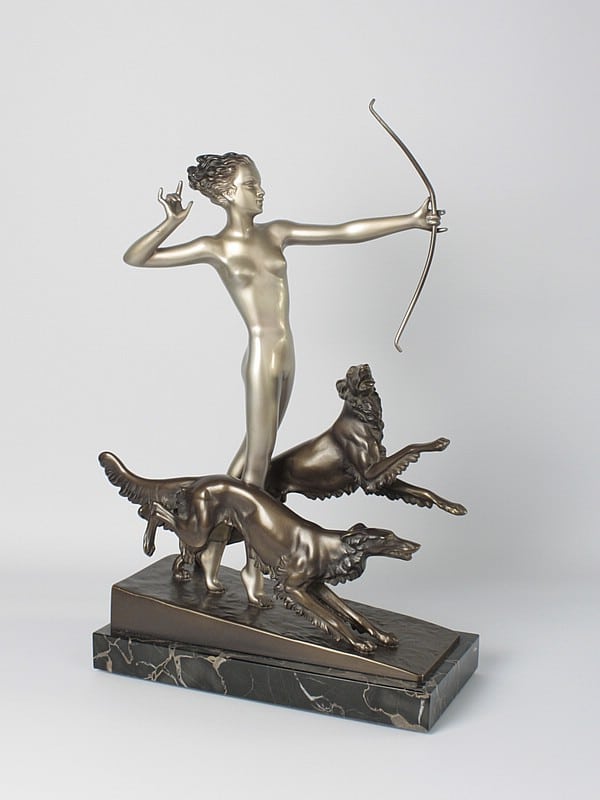 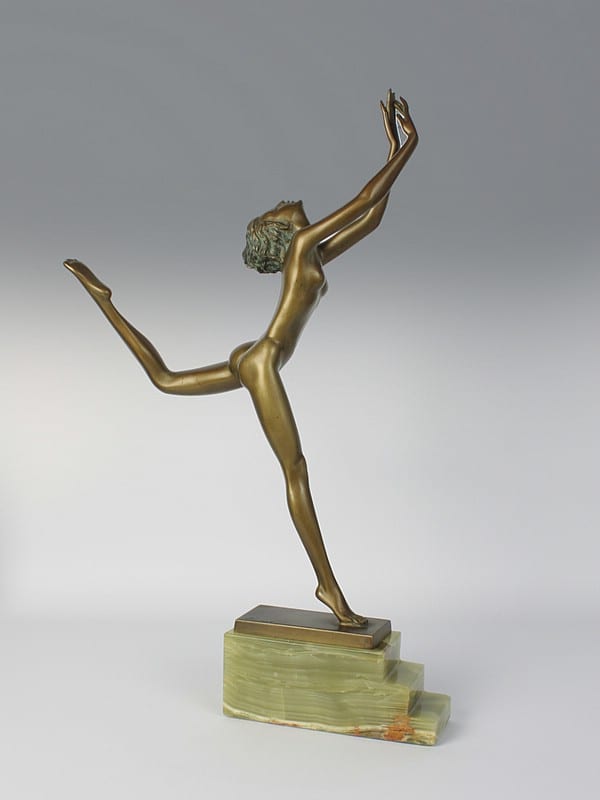 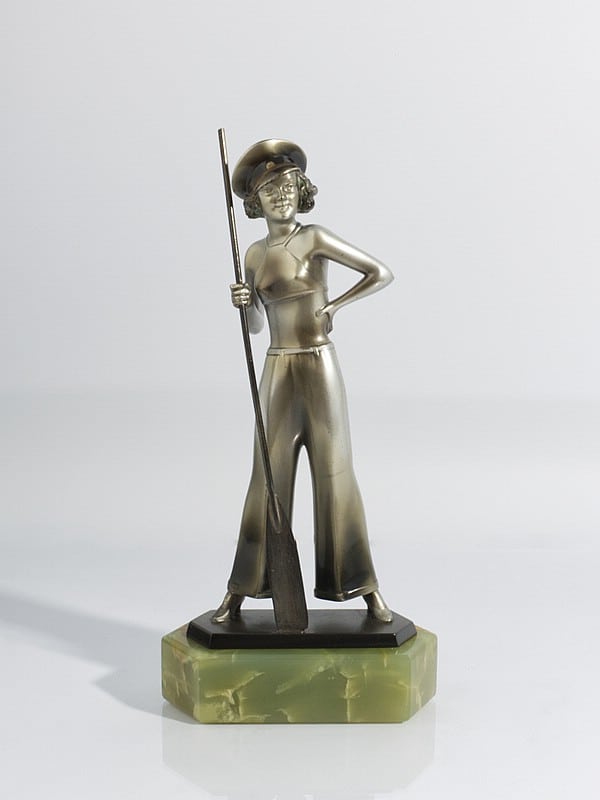 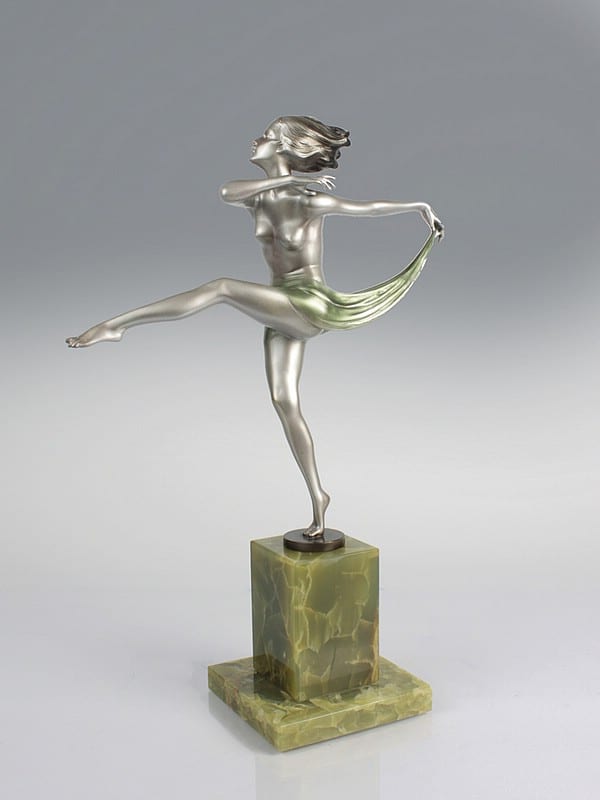 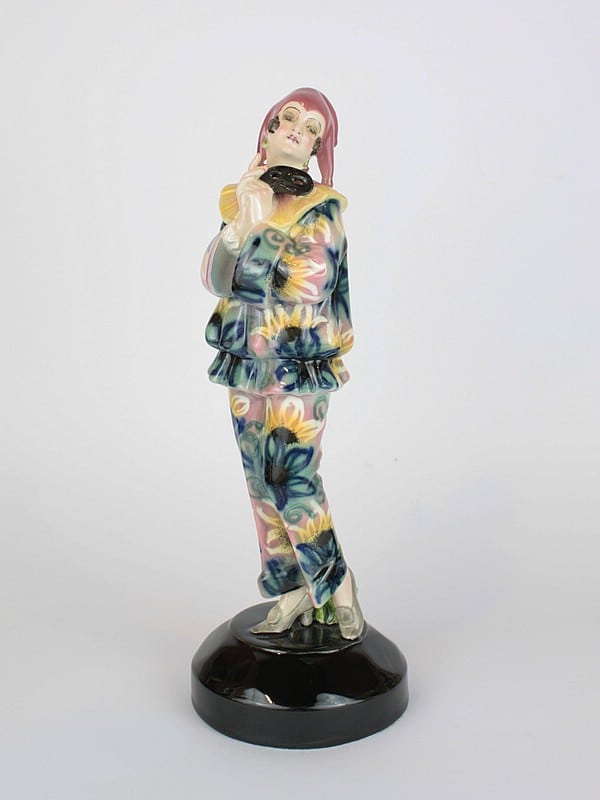 Josef Lorenzl (1892 - 1950 Vienna)
Is a now well known bronze sculptor and ceramicist of figurines from the Art Deco period (1920 to 1940). This prolific and talented artist worked from the early part of the 20th Century and started his career at the Vienna Arsenal foundry (a military storage complex located in the south-eastern part of Vienna) where he learned the techniques of bronze casting. Here Lorenzl designed bronze and ivory figurines and also works in spelter.


Lorenzl's signature style eventually became slim dancers with long legs and exuberant movement (his earlier works had more details...and clothes!). Many of these are bronze "scarf dancers" beautifully cold-painted in bright metallic lacquers sometimes with the signature "Crejo” when floral or geometric decoration has been painted on to the figurine's clothing (this applied decoration usually has an advantageous effect on prices). Lorenzl's figurines can be also be found mounted on clocks, as bookends and lamps which highlights the decorative nature of his Art Deco sculptures.


The success of his Art Deco bronze figurines led to his being approached by the Vienna firm of Goldscheider to design pottery figurines for them, eventually working from a studio on the company grounds (he also brought Stefan Dakon into the company). As with his chryselephantine (bronze combined with ivory) pieces, his ceramic works were in great demand and have since become the embodiment of the Art Deco period. Famous among these is "Gefangener Vogel" modeled after the famous dancer Niddy Impekoven who worked in the 1920s (he also created examples in bronze). Many other figures were inspired by photographic models, dancers, cabaret and film stars of the 1920s and 30s such as Dolores Del Rio. Lorenzl also created figurines for other ceramic firms such as Hertwig and Keramos. Josef Lorenzl's beautiful figurines are emblematic of the early 20th Century's embracing of dynamism, futurism, modernity and the testament to his design skills is that his Art Deco statues are still enhancing the 21st Century home...Craig - 20th Century Decorative Arts.